It only makes sense. His very first fascination with an object was with fans. Ceiling fans, box fans, anything that spun, really. So his die hard interest in helicopters as of late is just a graduation from ceiling fans to rotors, really.

This summer Curt has been DETERMINED to fly a helicopter.

Today, thanks to a colleague and friend, David White, Curt was able to spend about an hour crawling all over the Trinity Mother Frances Flight for Life helicopter with Flight Nurse Trey Moses. We didn't get to fly in it, for insurance and safety issues, but Trey, a longtime flight nurse, let Curt (and Luke), examine every inch of the almost-brand-new helicopter.

Curt. Was. In Heaven. 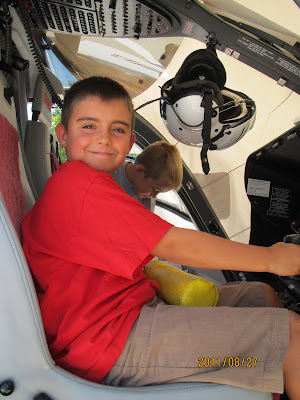 The awe in his eyes when we arrived on the helipad  was astounding. 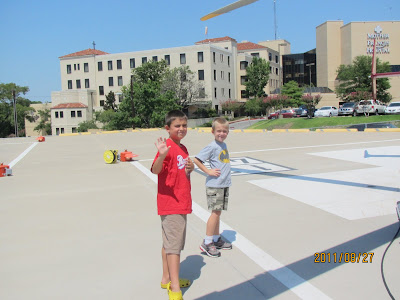 He immediately climbed into the pilot's seat and began the virtual take-off in his mind. 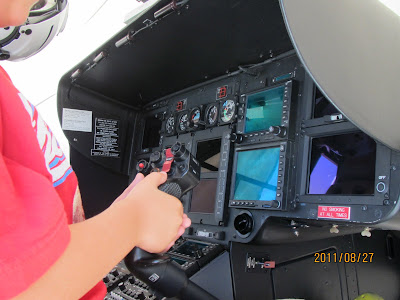 He knew all the instruments: 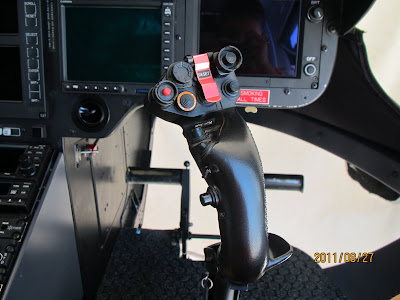 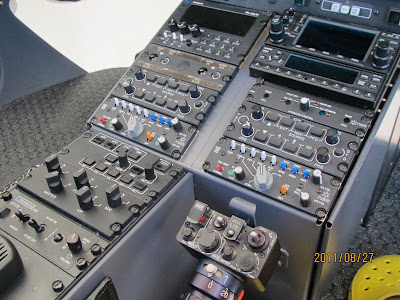 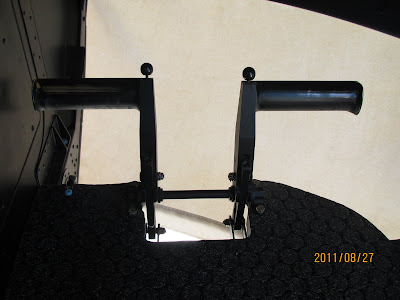 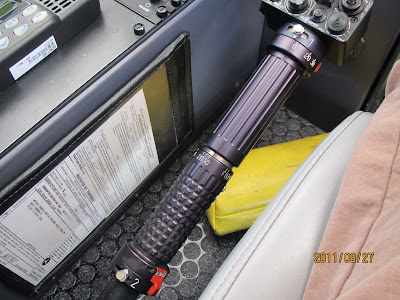 See all the things you can learn on YouTube?

Since it was a medical helicopter, the rear of the machine was just as fascinating. The helicopter flies with a crew of four: a pilot, flight technician, and two nurses. The patient and the nurses ride here: 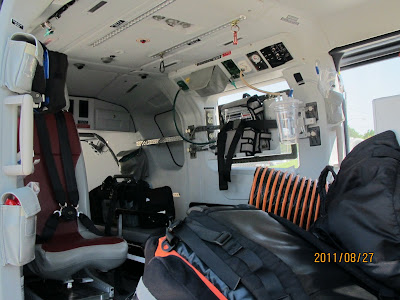 Luke had to get in on the action, of course: 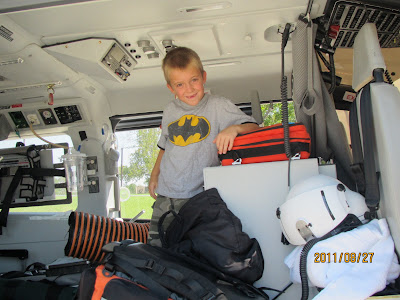 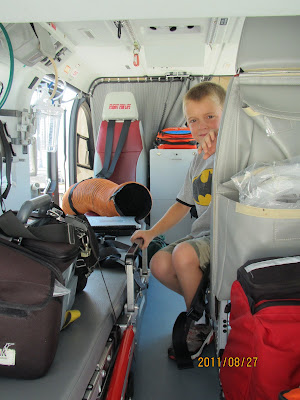 Curt peppered Trey with a barrage of questions; Trey answered all most of them, and managed to make me belly laugh in the process. WINNING. 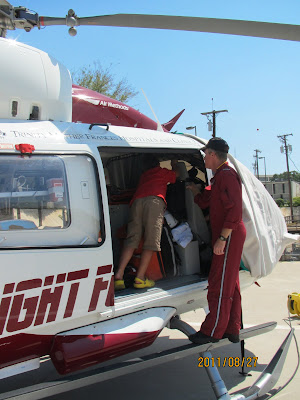 The boys went over EVERY. SINGLE. INCH.  of that helicopter. We learned that it can fly 140 mph. That they can transport one, or two, patients, plus a parent if the transport is a child, to hospitals all over the region. Children generally are flown to Dallas if they're on the west side of Tyler) or Shreveport (to the east). Burn patients are also transported to Metroplex hospitals.

Lately, they've been flying a higher volume of rescue flights. Lots of child drownings this summer. And now that school is in session: pedestrian vs. car. (GET OFF THE PHONE).

Curt went over ever inch inside the helicoptor: 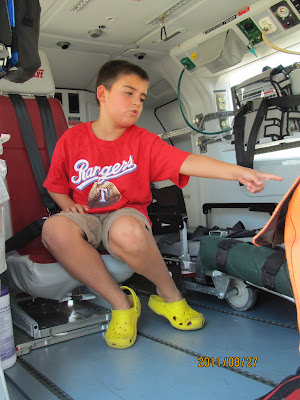 And asked LOTS of questions.

Luke got in on game: 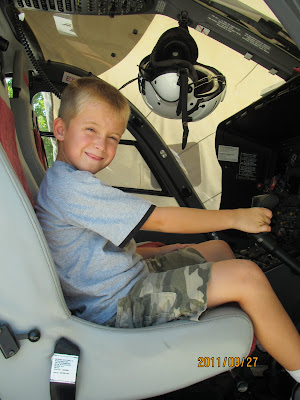 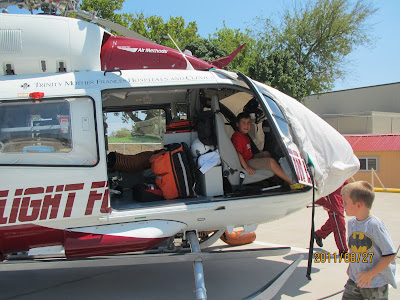 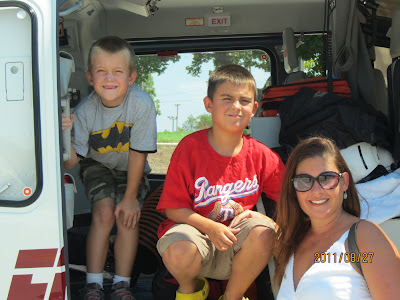 
Then we took his: 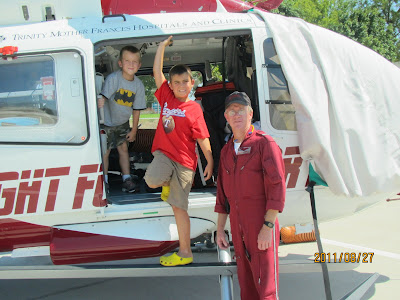 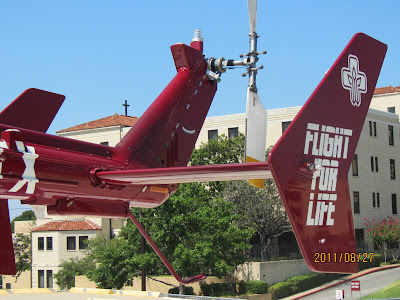 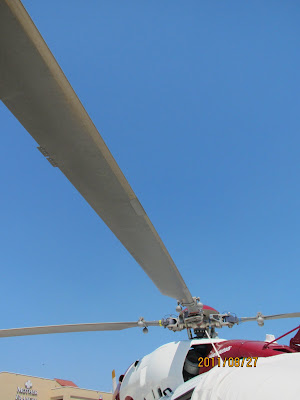 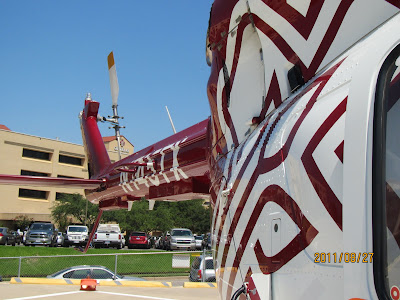 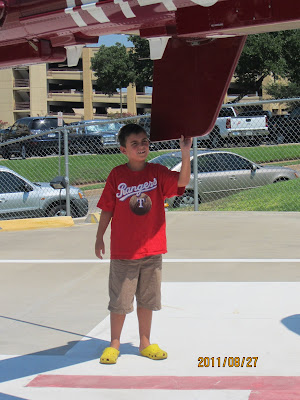 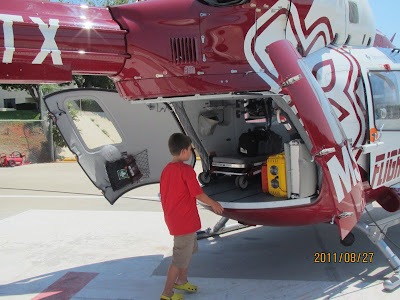 And I am HAPPY!