I wish there were adequate words to share how magical Make-A-Wish really is.

While perhaps the adjectives are lacking, the stories are not.

Make-A-Wish grants wishes to children with life-threatening medical conditions. "Life-threatening" can include those that are malignant, progressive, or degenerative.

Cristel got her wish: I wish for a playset. 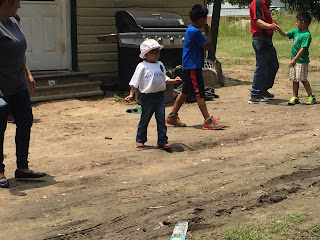 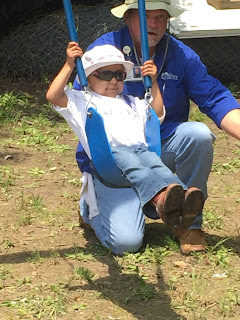 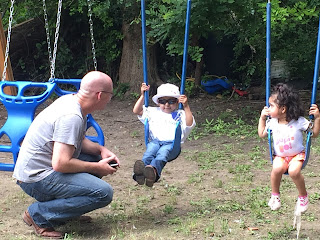 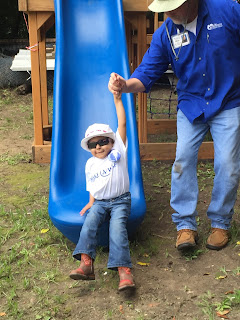 Aiden got his wish: I wish to go to the beach: 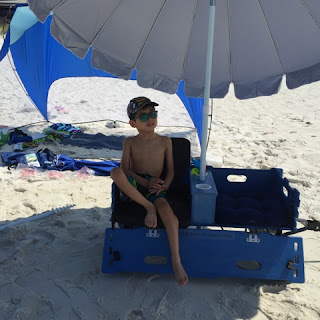 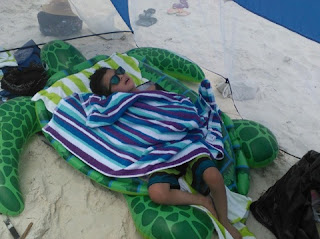 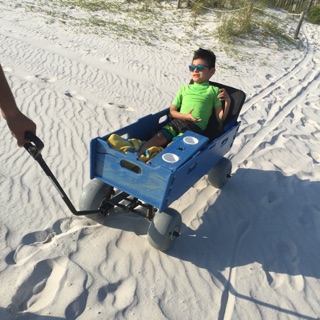 Bailey got her wish: I wish to go to Universal Studios and the Wizarding World of Harry Potter: 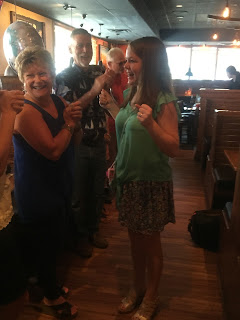 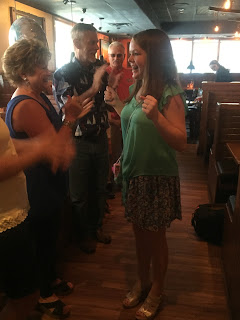 All children who qualify get their wishes.

74 percent of Wish Parents observed that the Wish marked a turning point in their children's response to treatment (in a positive way!).

Let that speak for itself.

Posted by Amy Brocato Pearson at 7:22 PM No comments:


It's been well over a year since I've written and that's neither here nor there. I had no plans for reviving this blog, but this post has been percolating in my thoughts for several weeks now.  It had to be written, if only for me. In fact, entirely for me, although words fail to express how important Kelly Ryan Murphy is to me.

Today is the first anniversary of Kelly's death.

In the journalism business, we're taught never to use euphemisms for death. He didn't "pass on," "go to the next life," "meet his maker" or "get his eternal reward." He died, plain and simple, but the pain of that is anything but.

I met Kelly in 2006 (?), at a meeting for the new magazine I was editing in Beaumont, Texas. Rumor had it that a big-shot designer was joining our team, a designer who had serious street cred from his stint at D Magazine in Dallas, among other publications.

With a tremendous roar, a motorcycle pulled up outside and a slight, wiry figure clad entirely in black leather dismounted the bike.  When he pulled the helmet off, the first thing I noticed was the spiky, blond Mohawk.

Kelly came in to the lunch meeting, his personality not as forceful as his persona. In fact, he was quiet. So quiet I spent most of my time trying to figure out what he was thinking. Did he think we were just a bunch of redneck yahoos? That he was coming to play with the field team after dominating the big leagues? That's what I was afraid of, but Kelly NEVER, EVER made anyone feel like that.

Kelly made everyone feel special, like the most important person in the room.

When I went to Kelly's memorial service last year, I was pretty sure I was THE MOST SPECIAL PERSON he'd ever worked with. Ever. Turns out, Kelly had a gift for making everyone feel that way, judging by the huge turnout of current and former colleagues, and the tributes they paid to him.

He had more creativity in the tips of his Mohawk than most people can even imagine possessing. He could see an image and transform it into something more brilliant, more defined, more meaningful. He could take a point-and-shoot camera into a department store for a product shot and create a photograph straight out of a gallery. (And did...frequently). He breathed life into the ordinary, making it extraordinary.

Kelly wore a costume to work every Halloween. He had themed T-shirts for all the other holidays, including Earth Day ("I love boys who recycle.") He transformed his dingy cinderblock office space into something out of a design magazine and did the same thing with his house. He spent the days after Hurricane Rita cleaning up the yards of his elderly neighbors.

He had a wicked giggle and a twinkle in his eye at all times. He loved his partner, Jim, and his cat, Tango. He talked about his family... a lot.  He had a naughty Elf on the Shelf  named Larry, who went on all adventures with Kelly and Jim. He craved alone time and would have been labeled an introvert, but sparkled whenever he was around people he was comfortable with.

Watching him work was a wonder. He loved fonts and color and design and was good...no...great....no....what's better than great? at his job, his passion.

When I met Kelly, he was just starting his journey into bodybuilding, encouraged and trained by , Jim. But he had a rebellious side. Jim keeps to a fastidious, clean diet and Kelly would like to have "meetings" at McDonald's so he could sneak a quarter pounder with cheese (and probably blame it on me and my kids!).

With every issue of the magazine we produced, Kelly would hang the page proofs on his office wall so we could get a sense of the overall flow and design of the book. They were in militant rows, even spacing in between and never, ever out of order or askew. I liked to knock them sideways when he wasn't looking, just to see him get flustered when his pristine grid was a little helter skelter. At his memorial service, Jim told me his colleagues at Mary Kay, where he was working when he died, would do the same thing.

I took my biggest professional risk with Kelly. I think we both almost got fired. I was called before the Big Boss first, Kelly waiting in the outer office to back me up, which he did without hesitation. Cheetah dress. That's all I have to say about that. I bought a pair of cheetah print flats (I don't do animal print) after that, in honor of what was simultaneously a horrifying and horrifically funny event.

I moved away before Kelly left Beaumont and I cried at the thought of telling him that I was breaking up our team. I can't pretend we were in constant contact after that, but the interactions we did have were quality. He has always, and will always, hold a special place in my heart. That feels so trite to even write. A big part of me feels like I don't deserve to mourn Kelly the way I have. We didn't chat on the phone every week, we didn't meet up for lunches. But we did have our moments, lots of them, that didn't feel like they needed day-to-day upkeep.

I ugly-cried all the way through Kelly's memorial service. I sat with a group of bikers Kelly had ridden with in the Dallas area. One of them kept handing me tissues because I forgot to bring my own.

In journalism, we're taught not to use euphemisms for death, or anything related to death, but Kelly truly left the world a better place.


Posted by Amy Brocato Pearson at 8:07 AM No comments: