Have I ever mentioned that I. LOVE. MY. CROCKPOT? I tossed dinner into it this morning, headed out the door and returned home to tantalizing, aromatic fragrances wafting through the garage, leading me like a siren's song to the door.

I also LOVE buffalo chicken. Wings. Sandwiches. Salads. You name it, if it has that tangy, spicy buffalo flavor, I want it.

When I was making barbecue (North Carolina style), while I was at 'home' in Virginia a few weeks ago, the idea struck me to combine the shredded meat of pork barbecue with the tang of hot sauce instead of barbecue sauce, substituting chicken for pork and putting it all together in the crockpot.

The idea for my Beer Braised Buffalo Chicken Sandwich was born. 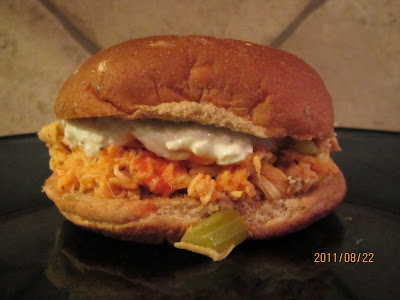 And let me just tell you, it was delicious!

4 rolls of your choice

Place chicken breasts (they can still be frozen, did I say I LOVED my crock pot?) in crock pot, pour entire bottle of beer over chicken (if you don't want to use beer, substitute 8 ounces of chicken broth and 1/2 cup apple cider vinegar), season with salt and freshly ground black pepper. 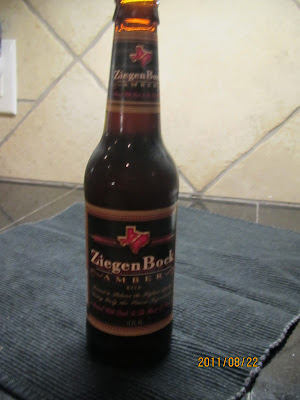 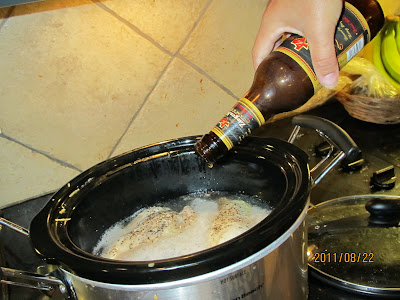 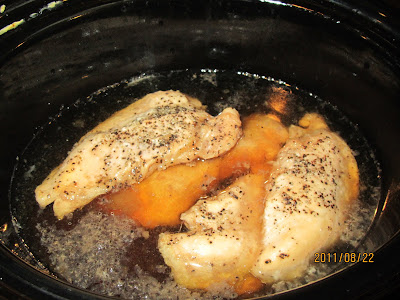 Cook on low for 6 hours.

Remove chicken from broth, pour out all but about 1/2 cup of broth, reserve. Shred chicken with two forks. Place back in broth, add one cup of hot sauce (to taste, I added more after it cooked down awhile longer). Continue to cook on low for another 2-3 hours. At last hour, add chopped celery. 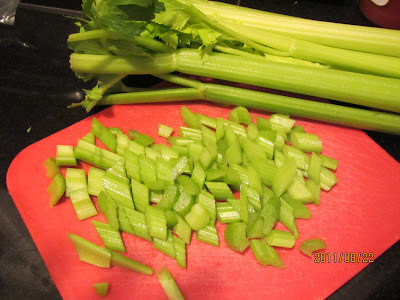 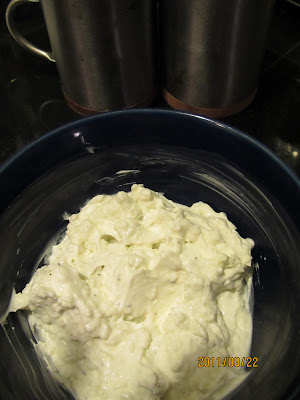 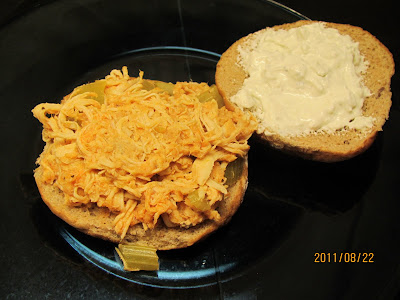