From the tops of the ceiling fans to the baseboards, everything that  had a surface was dusted, vacuumed, wiped, or otherwise decluttered and made almost-new again.

It was such a monumental task because we haven't tackled that kind of deep cleaning in at least a WEEK.

Or truth be told, because I don't think my mom reads my blog, a year or so (hey, she's seen what lurks under my couch....she knows...).

Anyway, in the course of the super clean I decided it was time to tackle the stuff I've saved since the boys started preschool.

Now I've got nothing on Hoarders (because I've been in one of those houses and...shudder...shudder...and shudder again...) but I did tend to be a *bit* of a pack rat when it comes to every bit of precious, brilliant work my children have EVER done **snickers at myself** 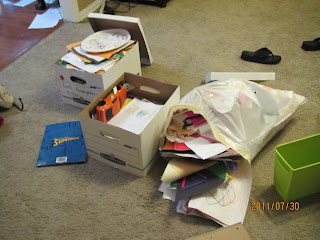 It was a bit overwhelming.

Because I got to take a trip down memory lane and remember the handprints from preschool, the first attempts at writing, their early finger paintings and so much more.

I found the Mother's Day card Curt made me (traced, lol!) in preschool. 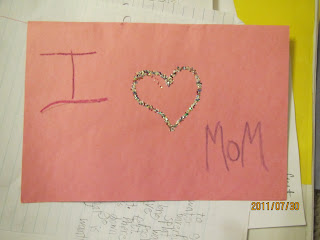 I sifted though meaningless coloring sheets and found Luke's "Disguise the Turkey" project from preschool. He was given a white, photocopied turkey and had to DISGUISE him somehow so the hunters couldn't find him before Thanksgiving.

No, this is NOT turkey roadkill. Luke LOVED (and still loves) cars, so we turned his turkey into a three dimensional race car. The hunters were fooled! 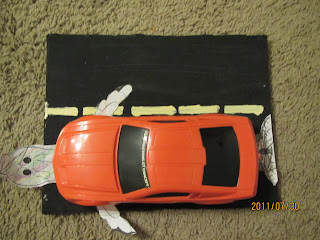 I threw away a TON of stuff.

But I saved important stuff too. Anything with a handprint, footprint or picture was an automatic keeper. Curt preserved his footprint in plaster at vacation Bible school a few years ago. 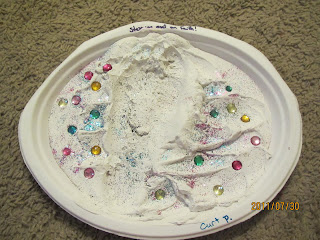 He also decorated the envelope for his second grade report card. Don't worry, I saved the report card, too. ;-) 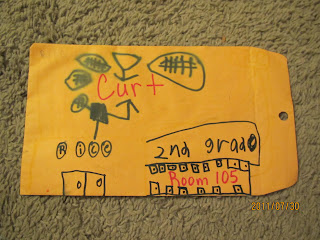 Luke had quite the penchant for drawing, painting and coloring rainbows, although I'm not sure I realized it until I saw them all in one place this afternoon: 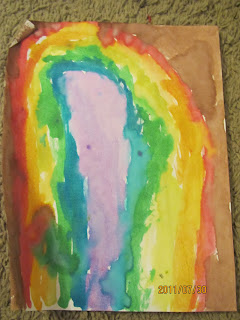 Early signs Curt wanted to be a builder! 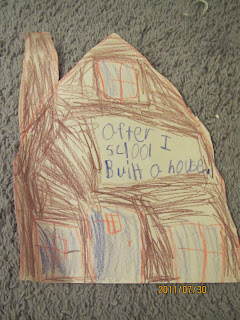 And of course, his maps! 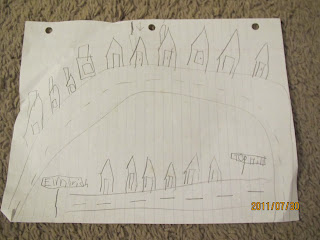 I liked this one from Luke's first grade year because he loved his class betta fish, Ranger, so much! (RIP, Ranger!) 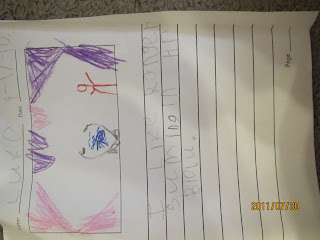 A lot of the worksheets I'd saved from Luke's first two years in elementary school were more interesting from what he'd drawn on the BACK of the work then the alphabet or math facts on the front.

Finally, after over an hour of sorting and saving (and three trips to the outside trash can). I finished. 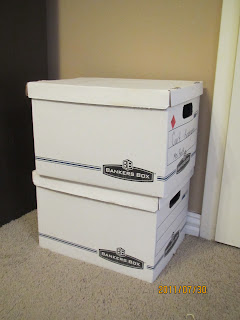 And was quite proud of myself for my success. ;-)