If you're like me, you want something quick and easy on a weeknight, especially a  Monday, when you come home from work exhausted and the kids are clamoring for attention, you have to do laundry, make lunches for the next day and get a meal on the table.

I think I got this recipe from my mom years ago, although I'm not sure it was ever written down, just kind of made up as we went along. Try as I might, my boys won't eat these wraps with the caramelized onions, so I just leave that ingredient off of theirs (even though they impart a silky sweetness that balances out the saltiness of the bacon.) *sigh...I'll keep trying...

This recipe is really easy to adapt to an intimate group or a small crowd.

4 10-inch tortillas (if you use whole wheat, they're healthier.)
8 slices bacon (I use turkey bacon, which is sacrilege to bacon purists, but my family  happens to like it)
1 8 ounce container cream cheese with onion, garlic and chives. (You can get fat free and add your own herbs in to your liking)
12 ounces deli turkey or chicken (if you're concerned about nitrates or sodium, buy a white meat breast and have it sliced at the deli counter)
1 onion, thinly sliced
2 T extra virgin olive oil

Swirl extra virgin olive oil in a skillet over medium-high heat. When the olive oil becomes fragrant, add your thinly sliced onion to the pan and stir to coat. Caramelization takes some time. Do. Not. Rush. It. (says the very impatient Me!) During caramelization, the sugars in the onions break down and become a gorgeous golden brown. There's something about the ratio of glucose to sucrose, but hey, I majored in Journalism and English..."golden brown color" works for me. 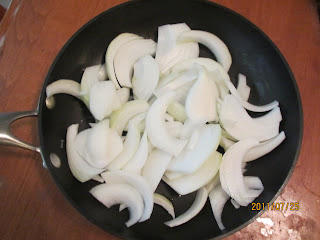 This process can take up to 30 minutes (Do. Not. Rush. It) so get ready to baby your onions into a sweet, sticky state. 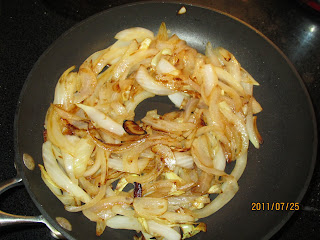 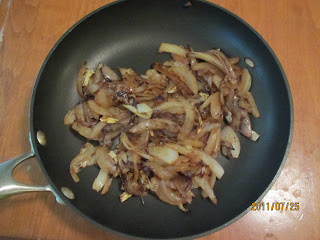 In the meantime, cook your bacon. I don't care what method you use. Some swear by a cast-iron skillet. Some swear by baking it. I used a combination method this time because I'd never baked bacon. So I baked half the bacon and cooked the other half on the as-seen-on-TV 'Makin' Bacon' contraption for the microwave. As far as turkey bacon goes, there was NO discernible difference between the two. The baked method took about 30 minutes at 350; the Makin' Bacon took 5 minutes in the microwave. 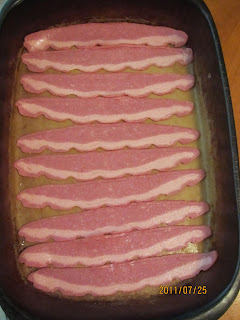 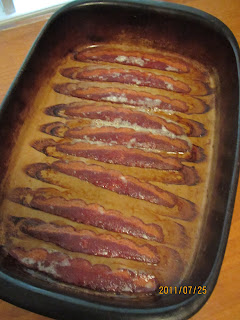 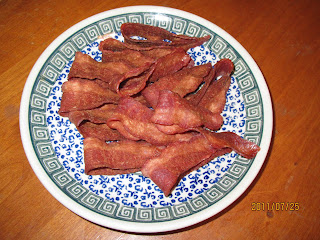 While the onions are caramelizing and bacon cooking, soften your cream cheese (and be on the lookout for the definitive cream cheese cookbook I plan to write someday!). 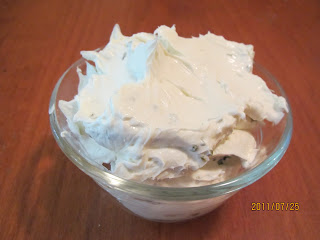 Spread it thinly across the entire tortilla. 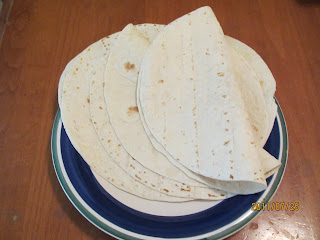 Top with 3 ounces turkey, also covering the whole tortilla. Place about 1/4 cup caramelized onion (you can do this step, along with cooking the bacon, well in advance so it's cooled) down the center of the turkey, top with two strips bacon. 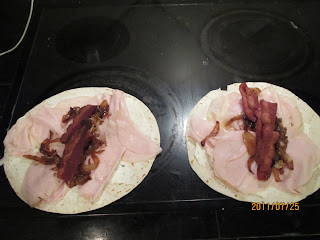 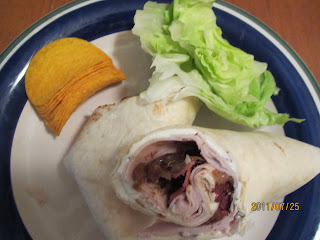