It MUST be a full moon because the CrAzIeS are coming out of the woodwork! 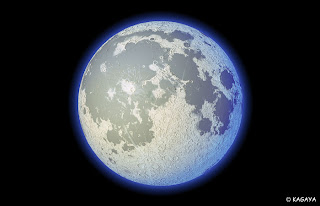 Case in point, Caller of the Day, July 26 edition.

I hadn't had a crazy Caller of the Day in a LOOOONNNGGG time. I think the last one was a prisoner marriage proposal, always great for a laugh.

So when one of our ad executives transferred a call to me with THE LOOK in her eyes, I knew it was coming.

I just didn't know how good it would be.

The caller, a male, launched right into his plea, without even telling me  his name. He was calling to tell me about THE STORY OF A LIFETIME. I had to write it IMMEDIATELY.

You see, his best friend, a 75-year-old Tylerite, had quite the history.

He was born "deaf and dumb."

His parents gave him away to his grandparents when he was three years old.

When he was four years old, he left his grandparents house and began living in the woods, hunting wild game with his bow and arrow for food.

When he was six years old, a Japanese man, who was walking from California to Mexico to escape internment camps, happened up the child and taught him all there was to know about martial arts.

The little boy never went to school, he was always working.

When he was 8, he got really sick in the woods with a parasite.

An old Indian gave him a warm glass of milk and  he "crapped that parasite right out."

He went to doctors who "split is tongue in two" so he could talk.

He made a good living catching gophers and selling them to a millionaire for $15 to $20 a piece.

After that, he killed golden eagles for their beaks and claws and sold those as well.

When he was 13, a lady named Drusilla pulled up and recruited him to work in Childress on her farm, collecting eggs.

"Then she started having sex with him because her husband died in the war and she was lonely."

He somehow ended up in Tyler (I wasn't quite clear on that part) and "took down" 50 police officers with his martial arts skills (yet, when questioned, the man wasn't running afoul of the law and had no criminal history...)

Now who WOULDN'T want to read that story???
Posted by Amy Brocato Pearson at 11:06 AM