As soon as I saw this recipe, I knew I had to make it. And make it SOONER rather than later.

After all, cream cheese IS a food group, spinach is my favorite vegetable and goat cheese makes me go weak in the knees.

Plus, it's a Giada recipe and I love Giada. Even though she CLEARLY doesn't actually  EAT anything she cooks.

I did tweak the recipe a bit. The picture featured on her webpage looked a little skimpy on the sauce. And since it was a healthy sauce, with all that spinach, I decided it needed to be doubled. It was a good call.

I must also admit that when I cook like this, I don't really measure anything. It was freaking my friend, and partner in carb-crime, out a bit. Look,  it's not baking; exact measurements are not necessary.

The end result, measurements or not, was delicious. I can't wait for leftovers. 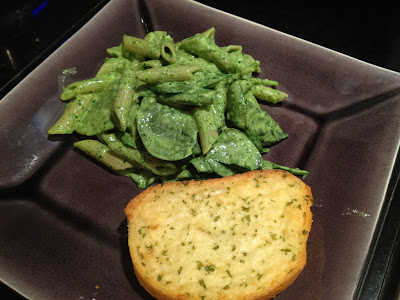 Bring a large pot of salted water to boil. Add the penne and cook until it is tender but still firm to the bite, stirring occasionally, about 12 minutes. 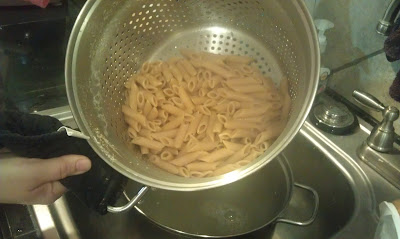 Mince the garlic in a food processor. Add the goat cheese, cream cheese, 3/4 teaspoon of salt, 1/2 teaspoon of pepper, and half of the spinach leaves. Blend until the mixture is smooth and creamy. Set the cheese and spinach mixture aside. I doubled this but used probably triple the amount of spinach. 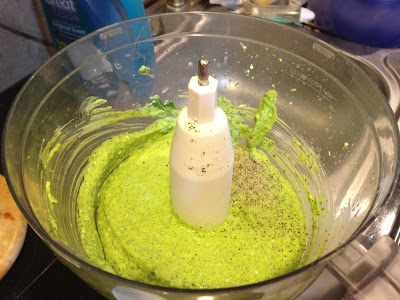 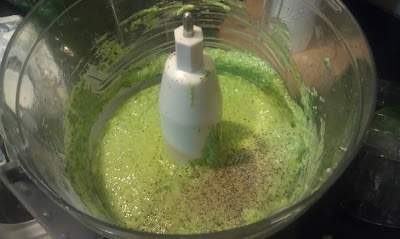 Meanwhile, place the remaining spinach leaves in a large bowl. 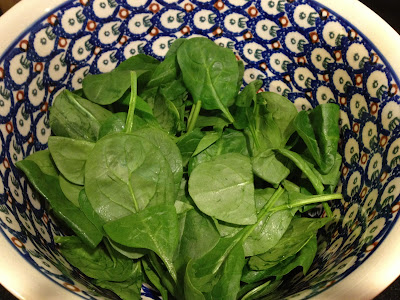 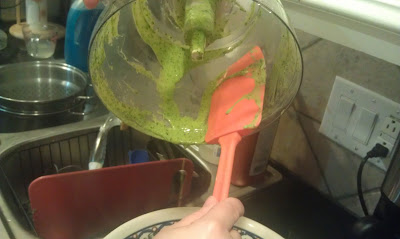 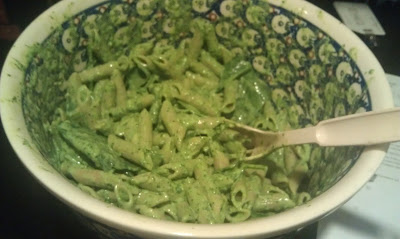 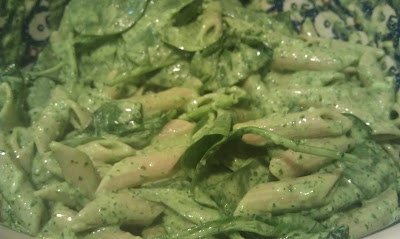 Season the pasta, to taste, with salt and pepper. Sprinkle the Parmesan over and serve. 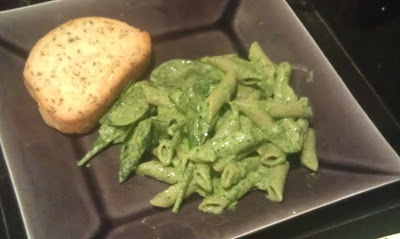 Posted by Amy Brocato Pearson at 9:11 AM

Email ThisBlogThis!Share to TwitterShare to FacebookShare to Pinterest
Labels: cooking