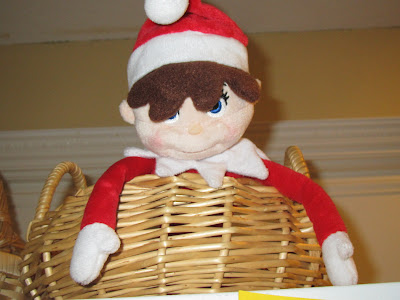 Saxon the Elf came to live with us this week.

Straight from the North Pole, Saxon is one of Santa's helpers, sent to keep an eye on the boys and make sure they're behaving during the holiday season.

There are PLENTY of elves running around Tyler right now, but Saxon has made a HUGE impression on my two boys.

He swooped down from the North Pole and was lounging on my computer keyboard when we got home on Monday evening. 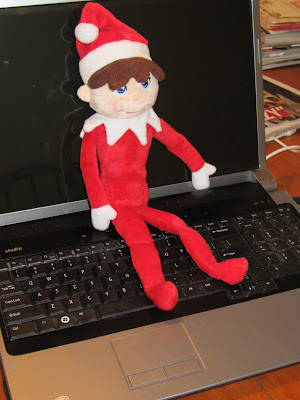 Luke knew immediately what this little guy was sent here to do. Apparently there was an elf who used to keep a keen eye on his first grade classroom as well.

But Curt needed to read the letter Saxon left to understand the IMPORT of being watched for niceness or naughtiness... 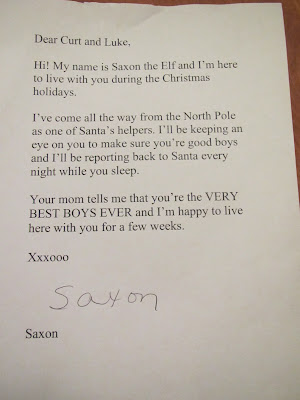 The BEST part of Saxon's arrival was hearing Curt declare, "Santa MUST be real because no one was home all day to let this Elf into the house! It IS Christmas magic!" Luke was pretty stunned, too. I mean, how else could an ELF foil the security system and get into our kitchen? 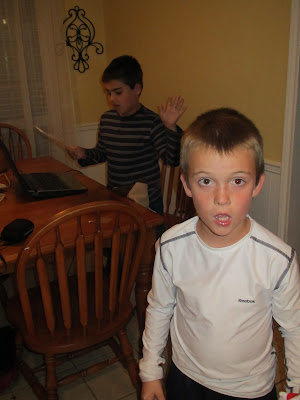 It must be that Christmas magic.

Saxon has been known to move about the house at night.

Tuesday morning, we found him here...on top of a lamp... 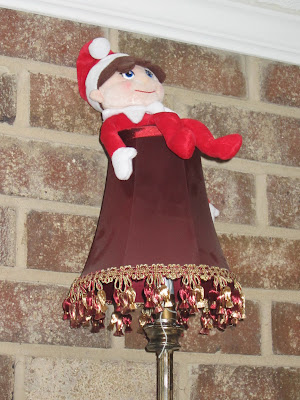 ...on top of the fireplace mantel. 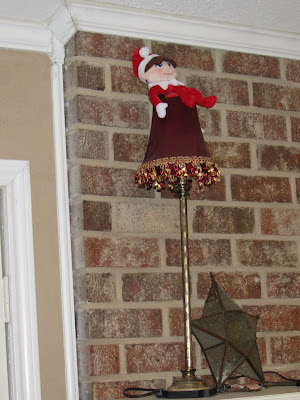 And then last night when we got home from church, Saxon had installed himself in a cabinet over the stove! 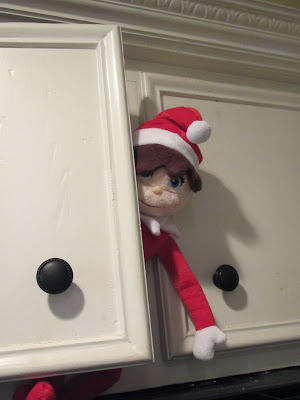 The CrAzY part was that he was waving at the boys. With no help at all from the exhaust fan over the cooktop.

Before bed last night, Curt wrote Saxon a letter, because apparently the waving was a bit unnerving. 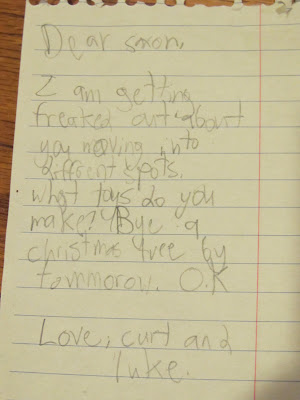 Saxon just took it all in stride, hanging out in the Beyblade arena until we all went to bed. I think he was reading the boys' Christmas wish lists. 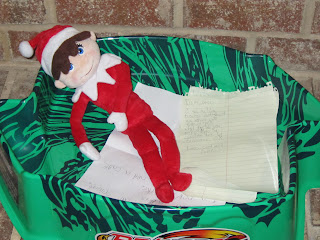 And then, that silly little Elf just HAD to get up and move. 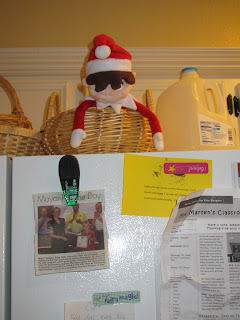 To the top of the refrigerator.

I wonder will Saxon will be when we get home tonight?
Posted by Amy Brocato Pearson at 9:04 AM