Along with his adorable freckles, Luke has a wildly vivid, glorious imagination. He can entertain himself for hours with a box, a block, a Matchbox car and a drinking straw.

Or any other random assortment of  objects that intrigue him and capture his fancy. 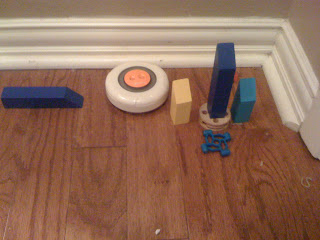 He set these up in the hallway by his bedroom door to detect ghosts last night.

Luckily, there weren't any.

And yesterday afternoon, he drew this: 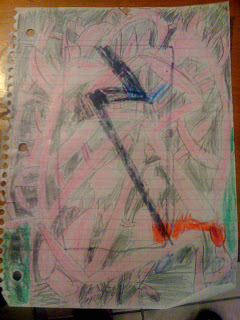 It's a map of his imaginary city. 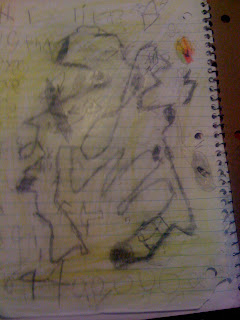 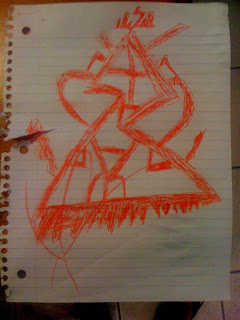 I can remember days when Luke played for hours with a bowl of water, a leaf and a fork.

When he gets together with his friends, outside, in the afternoon, his world is transformed from a suburban neighborhood to a haunted forest, or a meteorite strewn planetary wasteland. He recently shared that he thought it would be funny if his corn dog turned into a rocket ship and blasted off into outer space.

He sometimes gets frustrated because Curt, who has a much more literal brain, doesn't understand his games of make-believe. But then he just pretends Curt is an alien and he's over it.

Oh to have an imagination like that!
Posted by Amy Brocato Pearson at 7:25 AM