On Friday, while the boys were at school, Saxon returned from the North Pole to spend the Christmas season with us. 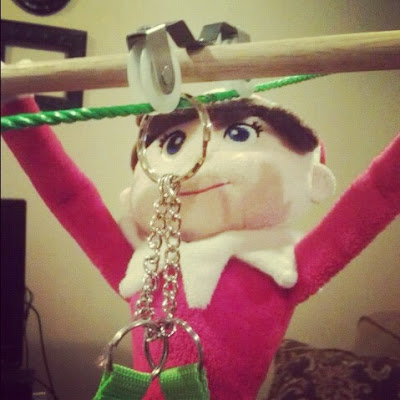 That silly elf zip lined into our house - straight from Santa's workshop in the North Pole.

He must have known that one of our favorite adventures of the year was going to New York Zipline last spring.

So that silly elf BUILT. A. ZIPLINE. IN. OUR. HOUSE. 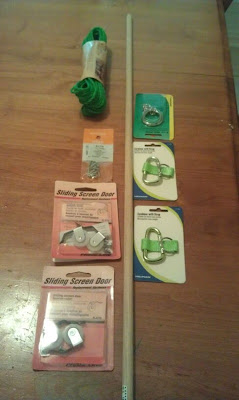 He must have gotten his tools from Santa's workshop.

Wherever he got them, he strung that zipline from Curt's room (somehow sneaking past the security system), 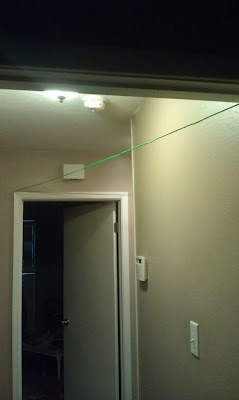 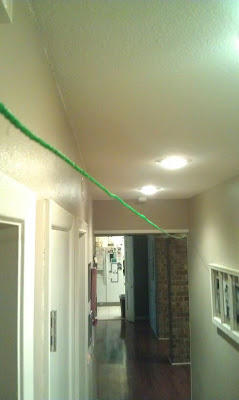 And into the living room. 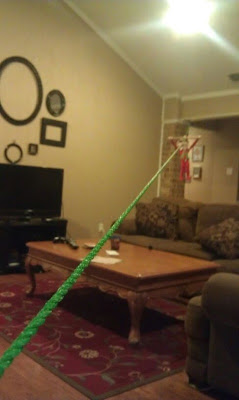 Where he had a grand old time zipping back and forth at rates of speed up to 1/2 mph. 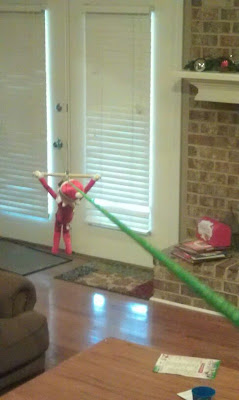 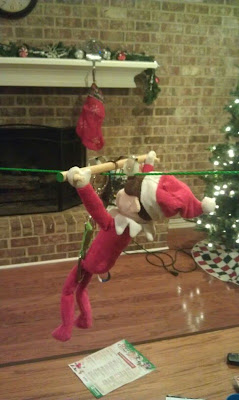 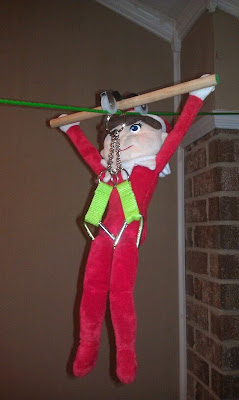 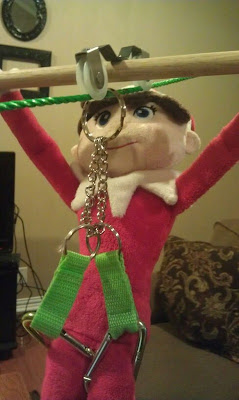 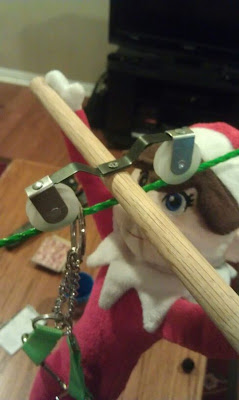 He even wrapped himself up in some Christmas lights for his grand entrance. 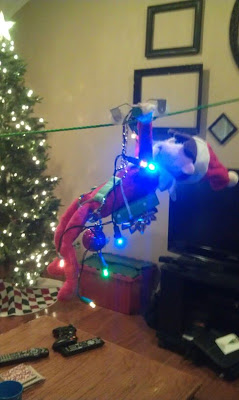 The boys were amazed when they walked in that evening. 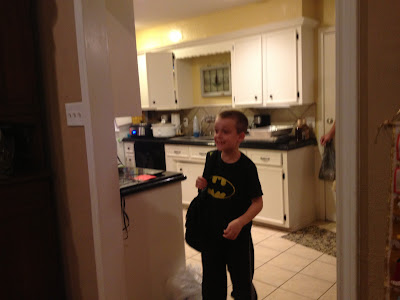 And went straight to work dismantling all Saxon's efforts. 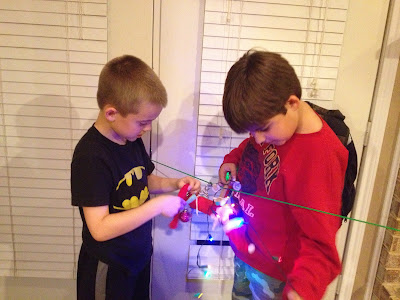 What will that silly elf think of next??