Every year, my paper publishes a special section filled with local children's letters to Santa. 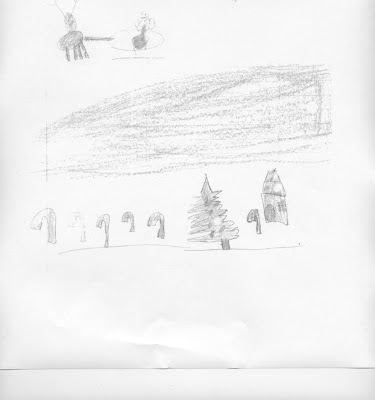 I get to type these (that's why they pay me the big bucks).  I'm still only about 329 letters into the stack, mostly penned by area school children and run EXACTLY as written, but I think I've already worn out the Santa-letter welcome for my staff by popping out of my office every 46 seconds to read them an excerpt straight out of the mouths of babes.

Most of them are pretty generic.

They were good this year.

They will leave milk and cookies (or in one case, Dr. Pepper and crackers).

Please bring a toy for their baby brother.

You get the idea.

But some made me LOL. And that's literal, not text-speak.

"I was mostly good this year but mom and the polic ofiser (sic) took care of the rest."

"Did you really see what I did the other night?"

Some of the letters have been sweet.

"You do good for evryone on erth."

"I hope you remember this letter forever."

"You must be really tired after a long night."

Many inquired after Rudolph, the elves and "Mrs. Claws."

A LOT were a little on the greedy side.

"Dear Santa, Can you please bring me an iPad, an iPod, an iPhone5, a bike, a TV, a puppy and new Nikes?"

And one even had an unfortunate misspelling when asking for a certain kind of toy. I don't know what they really meant, but I typed it in as asking for a "sox toy." I dunno what else it could have been.

But one letter REALLY got me.

Posted by Amy Brocato Pearson at 8:00 AM