Goodbye and Good Riddance, 2012! {Or - what I am actually thankful for in the past year}

Goodbye and good riddance to 2012. 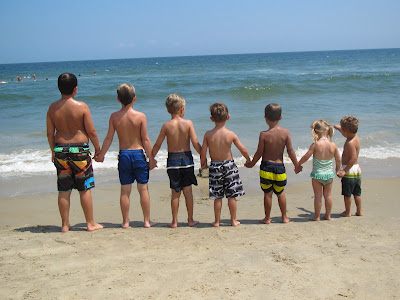 First and foremost, I'm thankful for my family. The Brocato family welcomed Baby Beau David Brocato this year. No, he's not in this picture. He's still in his mommy's tummy at this point. He made his debut about three weeks later. He's wicked cute.

My parents SPENT CHRISTMAS WITH ME. I was with my parents on Christmas for the first time since Curt was about 2. AND I DIDN'T GET A SINGLE PICTURE. ::SOB::  They flew in Christmas morning. And I'm thankful they connected through Houston, not Dallas, or else they wouldn't have made it to eat Christmas cookies and lots of other yummy food on Christmas day. They spent the rest of the week taking care of the boys while I worked and generally making memories Curt and Luke won't stop talking about.

I'm SO THANKFUL for my friends. First of all, Connie, Leslie and Kim. We all have been through some... grasping for the right word....STUFF this year. I think we each were dealt a doozie of an ordeal this year. And here we stand, on New Year's Eve 2012, better for it. At least I speak for myself. We're all still standing, so that's something. Right? Love ya'll and here's to 2013 and SHS!!!!

I'm thankful for the 'old' (no I did not just call you old!) friends who are still besties even though I suck at texting daily. Yes, that's you, Silvia. *sigh. I will try harder. That's the only resolution I'm making in 2013 because I don't make resolutions.

I'm thankful for the friends who have been there through thick and thin.  You know who you are.

I'm thankful I escaped the viper pit. And that's all I have to say about that.

I'm thankful for my job at the Jacksonville Daily Progress. I love my job. I love my staff.

Thankful for my work at Brookshire's. I love my job.

Thankful for my work at BScene. I love my job.

Thankful for successful co-parenting and here's to continuing that.

And thankful for the most beautiful, smart, silly, funny, wonderful children in the entire universe. They are my heart. 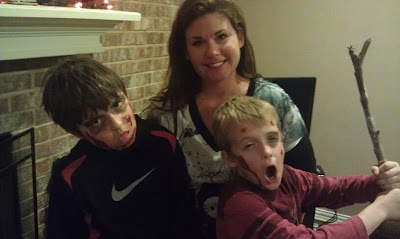