But I'm pleased to report they cleaned their plates and Curt even went back for seconds! 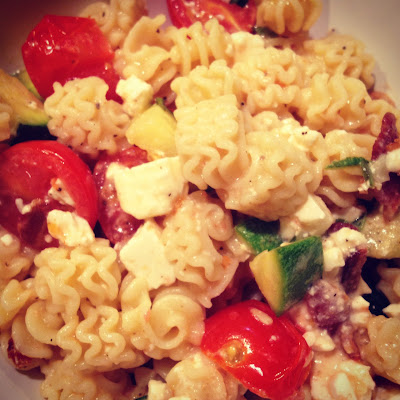 Cook pasta according to package directions. Drain, saving about 1/2 cup of the cooking liquid.

Meanwhile, cook bacon in a large cast iron skillet over medium heat until crisp. Remove, let cool and break into pieces. Drain most of the bacon fat from the skillet, leaving about a tablespoon. Add zucchini, onion and tomatoes to the skillet and season with salt and pepper to taste. Cook until the vegetables are tender and tomatoes are softened, about 4 to 6 minutes. 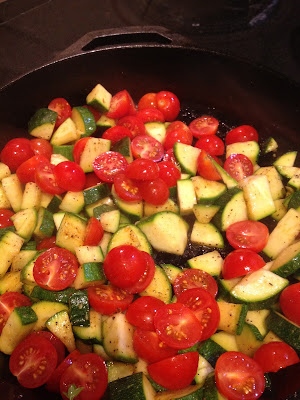 Add the pasta and the cooking water to the skillet and toss to mix. Remove from the heat and add bacon and feta. Sprinkle with spicy oregano and serve immediately. 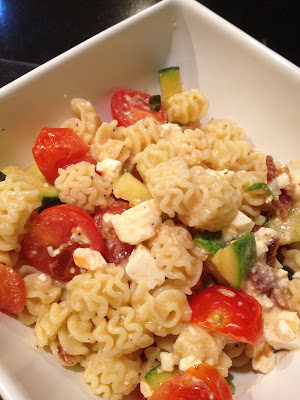 Posted by Amy Brocato Pearson at 9:19 AM