Late yesterday afternoon, a three-year-old little girl who captured the hearts of East Texans (and beyond) went to be with Jesus. 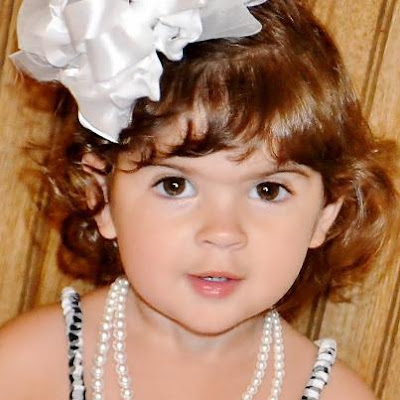 Haven Grace Davis was born with a bum heart and later diagnosed with Wolff-Parkinson-White syndrome. She battled non-compaction cardiomyopathy and other complications for the past three years.

Last August, Haven was selected for a heart transplant, which seemed to go well at first. She was staying with her grandmother a week later when she started showing signs of problems. Haven’s body had been showing signs she was rejecting the new heart, and doctors at Children’s Medical Center in Dallas struggled for several months with how to help.

Yesterday, according to relatives on Facebook, Haven Grace slipped from the arms of her family into the arms of Jesus.

I didn't know this little girl, and neither did most of the almost 6,000 people who "liked" her Facebook page, Praying for Haven Grace. In fact, I watched this week as little Haven began to lose her battle, people began to rally around her and her family. Just two days ago, her page had a little over 2,000 "likes." Right now, there are 5,734. To me, that is amazing.

That's the power of prayer. And social media. The fact that almost 6,000 people were praying for this child and her family is almost a miracle in and of itself. A few people praying inspired thousands to pray. God took Haven for a reason (easy for me to say as I was blessed enough to  kiss my two boys as they left for school this morning). Maybe, just maybe (and far be it from me to decide what God's reason was), it encouraged people to pray. And share those prayers publicly. Which encouraged more people to pray. And share. If there is any comfort the Davis family can take right now, perhaps it's that their pint-sized daughter caused a huge ripple in the prayer ocean. Haven's own miracle.

I'm still praying for you,  Haven Grace.
Posted by Amy Brocato Pearson at 8:33 AM