The Great Wall Of Randomness

One of my favorite things about Luke is his WILD imagination.

He's the kid who can take a stick, a paperclip, a shoelace or a Post-It note and turn it into a toy, creating an entire scenario and alternate universe around whatever random, found object he has in his hand.

Apparently he decorates his bedroom the same way.


Case in point: The Great Wall of Randomness: 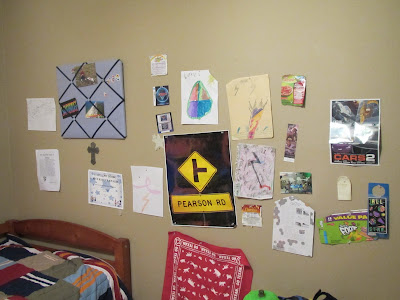 Just give Luke some thumbtacks and he's happy as a clam  hanging all his "special things" on a blank wall in his bedroom.
There's the enlarged photograph of a street sign bearing our last name. I actually have NO IDEA where this came from, but it's pretty cool. 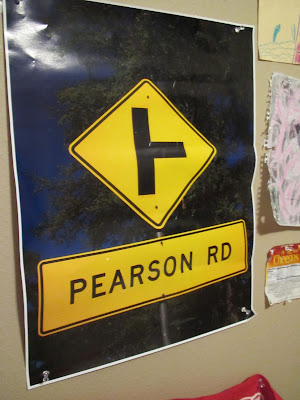 The cover of the Cars game for his Nintendo DS: 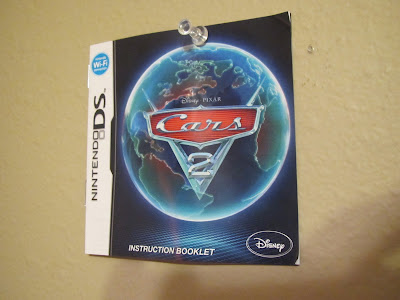 Some glow-in-the-dark stars that must have fallen from the celestial galaxy on his ceiling: 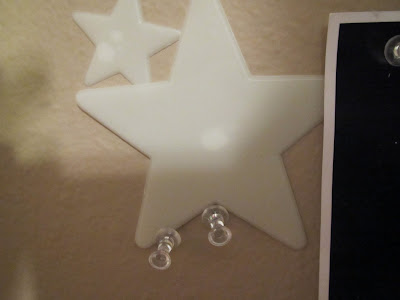 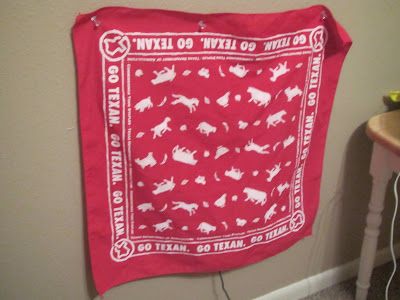 His "Starlight Dining" award from school for having excellent manners in the cafeteria. Go Luke. 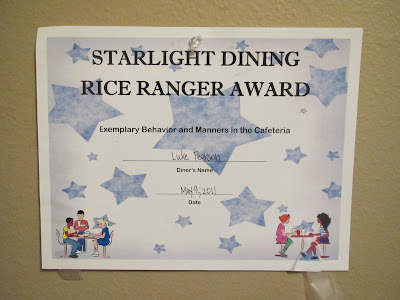 The cross that Granny and Pop gave him when he was born and has been  hanging above his bed since he was a baby: 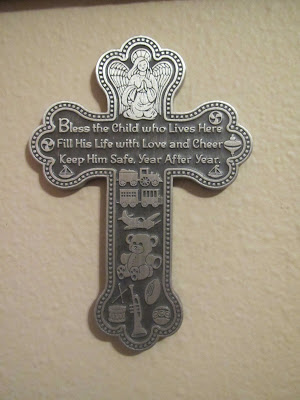 A piece of his own artwork, featuring his signature lightening bolts: 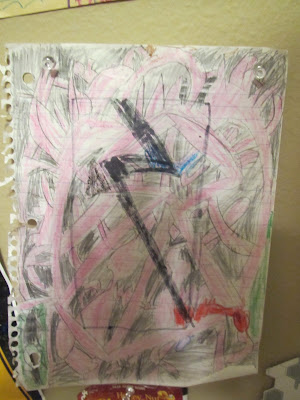 Another piece of his art work. In true little boy fashion, the caption used to read, "Bessy's Butt Egg." I made him erase it and read him the RIOT ACT about potty words. And another piece (with LOTS of lightening bolts!): 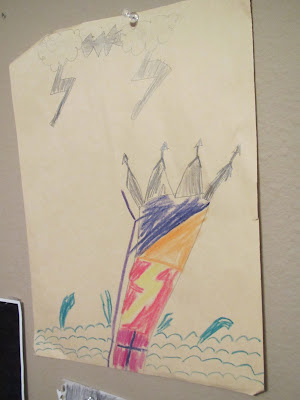 There's the snapshot taken at the church nursery during Vacation Bible School when he was just a "baby," probably almost two years old in this picture: 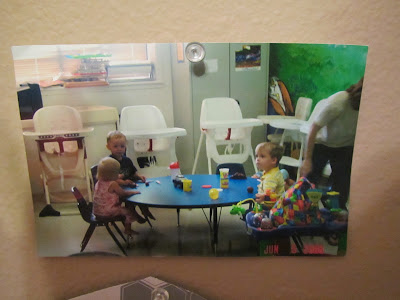 The jewelry bag that my birthday gift, a James Avery charm for my charm bracelet, came in: 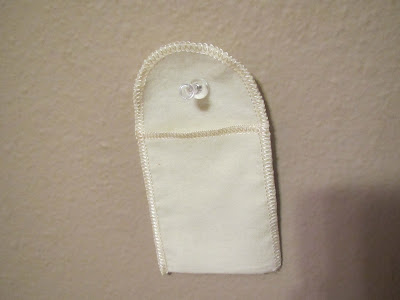 Ewwwww.....the cellophane wrapper to a Lunchable and the top to the cereal he got at school for breakfast. These probably need to come down....: 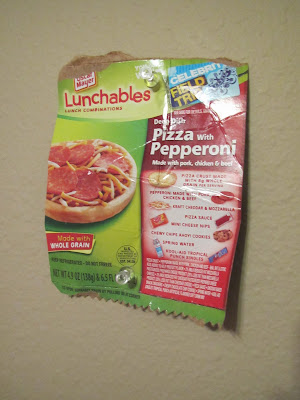 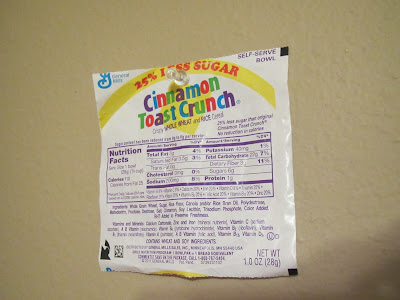 Continuing on the food theme, the top of a Fruit by the Foot box, his favorite snack. Also a door hanger he colored (why it's on the wall and not the door I have no idea!): 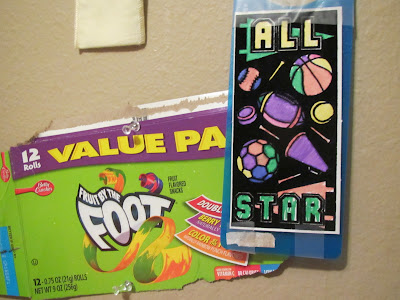 And advertisement for a museum in San Diego, from Aunt Caren's visit there: 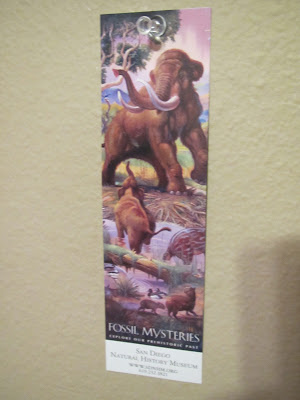 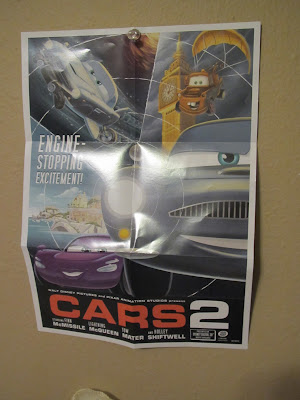 And a balloon from a birthday party he went to this weekend. 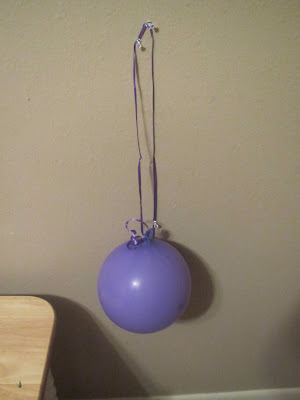 There's a few more things, but I think you get the idea. While Design Star might never recruit Luke, home is where the heart is and his heart is definitely in his bedroom.
Posted by Amy Brocato Pearson at 9:55 AM

Email ThisBlogThis!Share to TwitterShare to FacebookShare to Pinterest
Labels: Luke