Luke, my 7-year-old freckle faced angel baby, is in love.

I'm not sure what the fascination is, but give the kid a roll of the clear stuff and he's occupied for hours.

I went on a rampage earlier in the week, scraping bits of tape off of the hardwood floors, off of the kitchen chairs, countertops and table, not to mention the bathroom sink, his bunk bed and removed rolled up wads of tape from the baseboards and from between the couch cushions.

But this morning, when his plaintive wails of "I'm bored" surfaced, I opened the kitchen drawer and handed him the tape. I haven't heard a peep from him since.


I asked him what he liked about the tape and he said "I just do."

He builds things with it.

This is a monster: 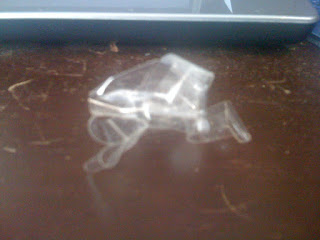 This is a medieval sword: 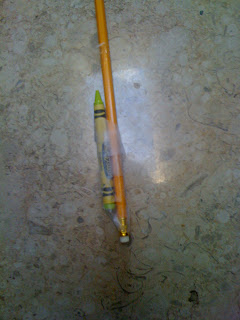 And this is a little boy with the most vivid imagination: 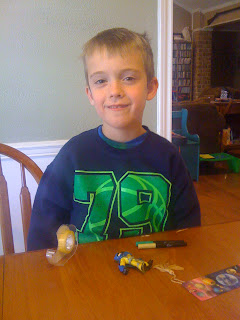 ﻿He can use all the Scotch tape he wants as long as he never loses that creativity.
Posted by Amy Brocato Pearson at 11:29 AM