This year, the Easter Bunny brought season tickets to Six Flags over Texas for the boys, and secreted them away in their Easter baskets.

They were SO. EXCITED.

Coincidentally, the Birthday Fairy brought dad a season ticket and the Just Because Fairy brought one for me. Funny how that works, eh?

All talk of imaginary fairies and bunnies aside, the bottom line is that we now have the opportunity to go to Six Flags ANY. TIME. WE. WANT.

The boys and I went yesterday for their inaugural visit to the amusement park, and despite the fact we waited until after church to leave, and thus arrived a bit later than we normally would for a fun-filled, action-packed day, it was just perfect.

This was BEFORE we had to stand in line to process our season passes. 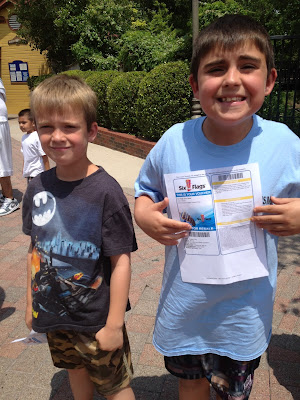 And this was after. But hey, now it's done for an entire year. 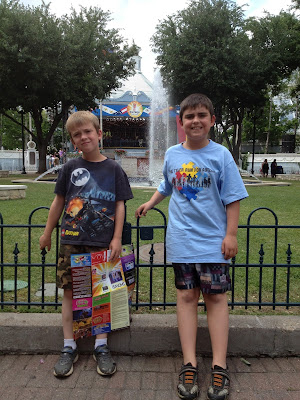 The first thing they wanted to ride was the Superman, 32 1/2 stories of scream-evoking thrills. You can't see  him, but Curt is on this ride. He's fearless. 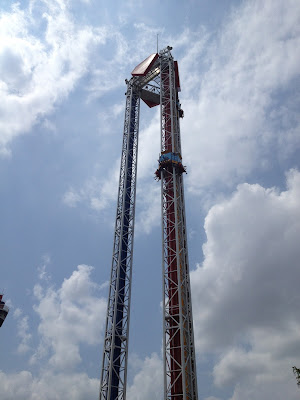 The favorite of the day was definitely the Aquaman. Let me just tell you, it was much more fun to be soaked to the core when I was 16. But the boys LOVED it. They even stood on the observation deck to get splashed an extra 17 times. 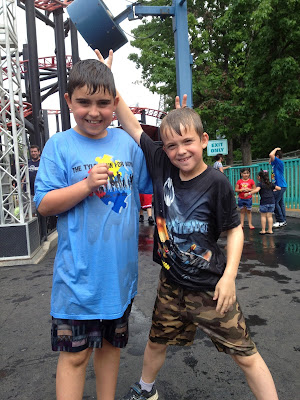 Then we had to ride the Gun Slinger to get dried off. (That's Luke on the far left). 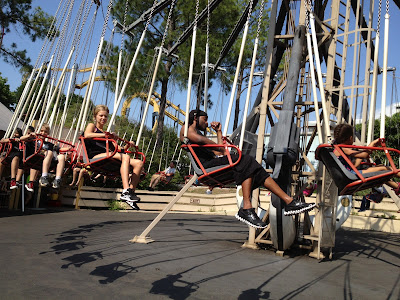 Had to Instagram a few. Yes, I stood and took pictures, because I know myself well enough to know that I can only ride something that goes around in a circle ONCE.

Then it gets ugly. 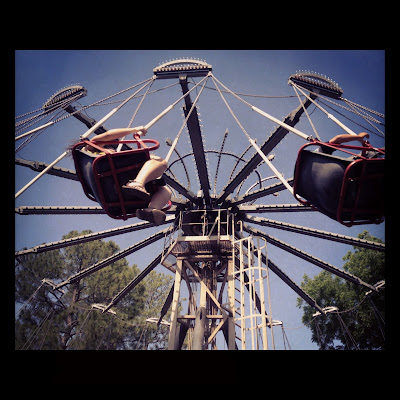 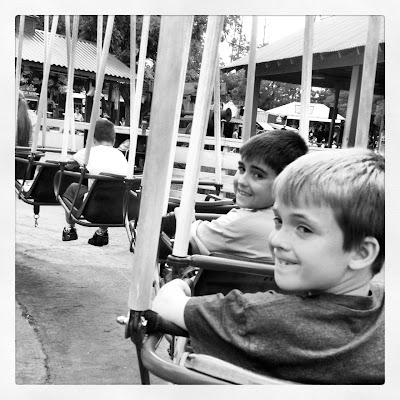 We found out the hard way that Luke is the same way.

But ice cream makes upset stomachs feel better. Or so he claims. 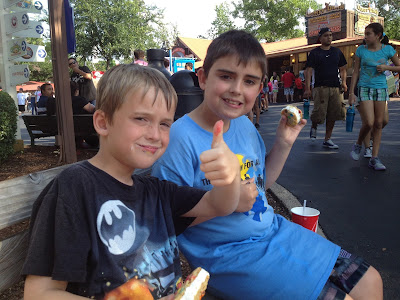 Then it was off to the Crazy Legs, another go-around-in-a-circle-and-get-scrambled ride. 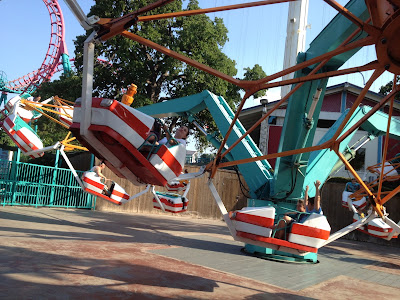 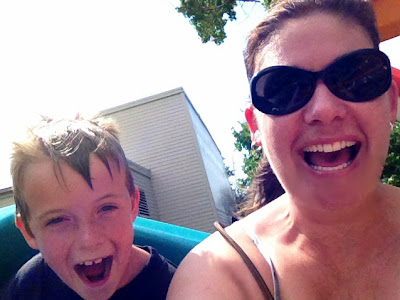 It was enough for me. But trust me, it was fun.

The crowning moment of the day was convincing Luke to ride the Judge Roy Scream, the 45mph wooden roller coaster that spans the length of the man-made lake in the park. With much trepidation he agreed to ride.

And he loved it. 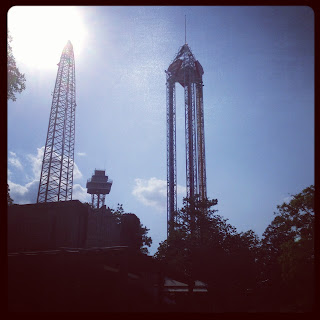 Posted by Amy Brocato Pearson at 8:50 AM