I knew it was coming.

But no matter how much I told myself it was coming, I wasn't ready.

I had a pretty good inkling after the Great Car Line Incident of 2012. You see, Curt was too embarrassed to get out of the BACK SEAT of the car in the drop off line one morning at school. Apparently only BABIES ride in the back seat. So he refused. to. get. out. of. the. car. He was too EMBARRASSED.


Guess what is even MORE EMBARRASSING than riding in the back seat?

When MOM gets out of the car and opens your door for you, in the drop off line at school.

Oh there were tears (because it's embarrassing to ride in the back seat of the car, but not to walk into school crying???) and I pretty much felt like mom-crap all day, but the sheer ridiculousness of his blatant refusal to get out of the car exasperated me beyond belief.

So I had a pretty good idea that embarrassment + tears = hormones and puberty.

The boys were sitting on the sofa, happily eating a small dish of ice cream for dessert after dinner.

The next door neighbor boy knocked on the door to see the boys.

I had NO. IDEA. what he was talking about, until he practically threw his bowl of ice cream into the sink.

Alas, it was. Probably bought at Target in the dollar bin for a Valentine's Day in a year when he didn't think that cutesy bowls were BABY. It still hangs around because it's a good portion size for a single scoop of ice cream, and the like.

And he was SO EMBARRASSED to be caught eating from a BABY BOWL in front of a buddy.

Hello, Puberty. I hope we make it. 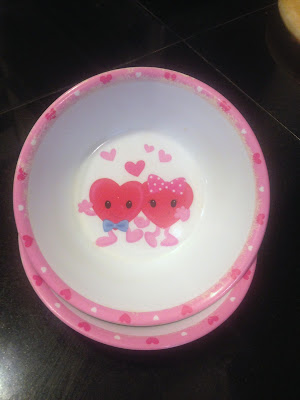 Email ThisBlogThis!Share to TwitterShare to FacebookShare to Pinterest
Labels: Curt